While we are frantically searching for our Halloween wigs and props so we can greet all the kids in style, I can't help but remember how much fun the annual trick -or-treat ritual was when my kids were young. 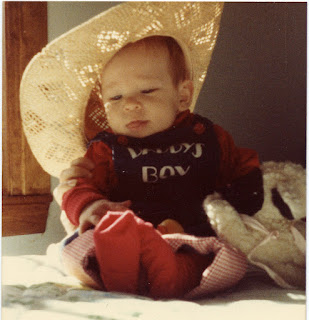 It was also when our life with dogs began.  Madison, our once-in-a-lifetime genius dog (with the very same abilities as celebrity Border Collie, Chaser and potentially sharing some of the same gene pool) came to live with us and bring our lives to a whole new level.  In fact, we brought him home on this very day before Halloween, over 2 decades ago....a fluffy black and white ball of sweetness with an amazing love for children-- a trait he never outgrew during his intense and all too brief life.

Everyone who knew Madison still remembers him. He was just one of those special dogs that touched everyone's heart with which he came in contact. 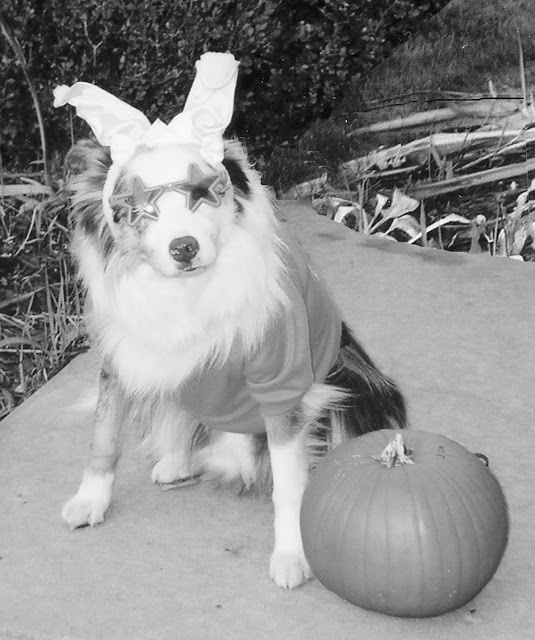 And then we got him a friend who was born with the instinct and love for doing Therapy Dog work.
A professional canine model who lived for playing dress up, Tyler would defy all odds by remaining in full intact costume and head gear throughout the entire neighborhood Halloween rounds. Those were fun times, partly because the true meaning of "neighborhood" was in full display in those days when our subdivision was young, along with its residents.

Parents had just as much fun as their kids. on Halloween. In years the weather allowed, neighbors of all ages filled the sidewalks and front yards with costumed kids, dogs...all enjoying each other's company.  Several dads even dressed up in ballerina tutus,--simultaneously sporting full beards, moustaches and half smoked cigars. What a sight that was! There were bowls of dog treats and water on every block and people who couldn't be home left entire tubs of candy on their porches, trusting greed wouldn't overtake anyone's moral choices. 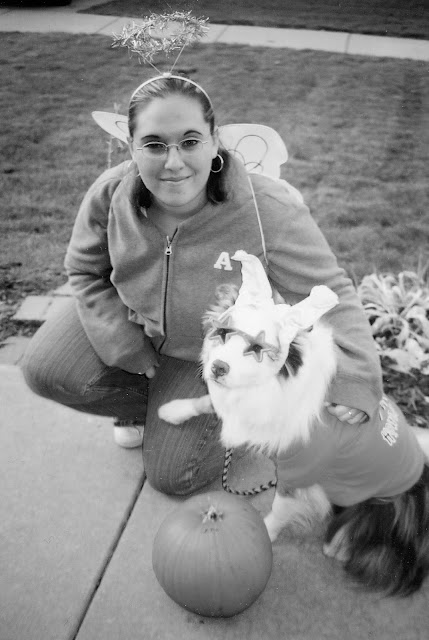 Madison and Tyler aged...and eventually crossed the Rainbow Bridge.  We added new dogs to our family, none of which ever came close to those two in their love for Halloween dress up and being with kids.

Sadly, Halloween changed one year from that happy holiday into one of tragedy instead.  My new dog (Shady) wound up experiencing a horrific trauma when a sugar-crazed child hit him repeatedly with a toy sword, terrorizing the 6 month old puppy and imprinting a permanent fear of everything that was happening around him that Halloween--from children, adults and other dogs that stared and then moved towards him...to strollers, bikes and all doorways, walls, and anything where something could suddenly appear without warning and harm him--which was basically everything he could and would encounter daily during his entire life. That's the downside of having a super smart dog breed. Even the smell of autumn in the air was imprinted on him as something to fear...and I never managed to reverse that one.

That was the day Halloween stopped being fun....and that memory is burned into my heart forever.  I spent the next 14.5 years trying to undo all that damage created in an instant by one unsupervised small boy who had not been taught kindness to animals and/or had no self control. We never even knew who this child was or where he was from. The irony is that one of my greatest joys is doing Therapy Dog work where my dog can help children learn how to be kind to animals and experience positive interactions with dogs.

When Shady passed over the Rainbow bridge a year and a half ago to join his pal Tyler, a part of me was relieved but a part of me still dreaded Halloween.  Lacy Lulu came into our lives shortly after Shady's passing and she, like Madison, LOVES children.  This year, Halloween should begin to be a different experience from the past 15 years.  Lacy was a very young and very crazy puppy last year but this year she will be ready to start her mission as a Therapy Dog in training when kids come to the door. She will make Halloween fun again for me and for all the neighborhood kids. 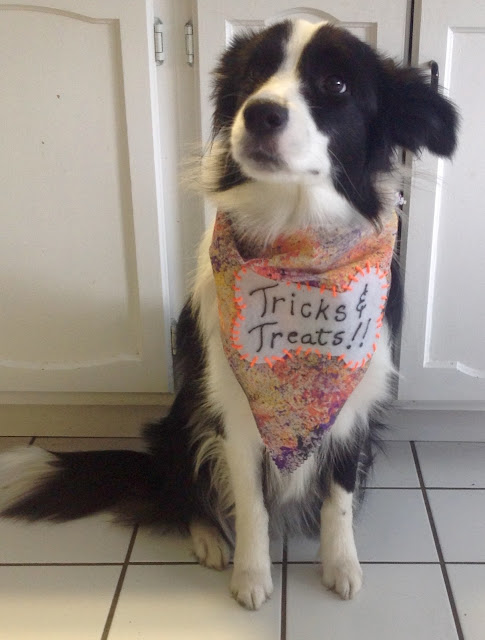 A happy and safe Trick or Treating to everyone!  If you are in the neighborhood, be sure to stop by!
Posted by Gail Green at 12:48 PM No comments:


Please join us this weekend at the Buffalo Grove Arts Center (Rt. 83 and Lake Cook Road, just north of the Jewel) for a concert and art fair fundraiser for Pediatric Cancer!

I will be exhibiting items like these so come out and join us starting Friday evening 6 pm...... 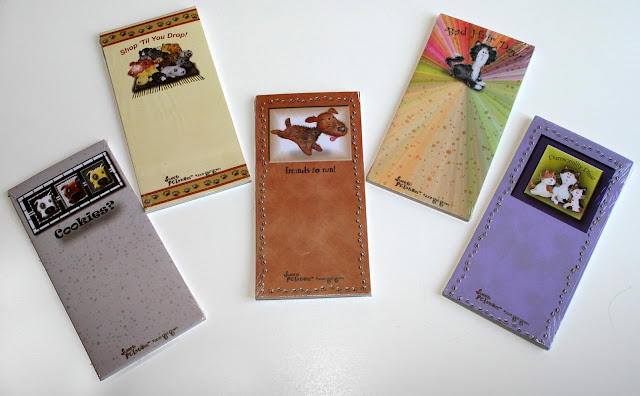 Here are the details....

Please join 21 fabulous artists at this exciting event raising money for Pediatric Cancer research Oct. 2, 3, and 4.  The show will be open from 6:30-10 on Oct. 2 and 3 and 2-5:30 on Oct. 4.
Now is the right time to think about holiday gifts for friends, family, teachers and maybe even yourself — why not something beautifully made by by a local artist?Please note you do not have to buy a ticket to the show to attend the art event, but if you'd like to hear some great singers, you can get tickets from bgsingers.org.artistshttps://docs.google.com/document/d/1g88LBhAfuATmjnERbrjcOItzvkYgw5zct3jRv8WdkrI/edit?usp=sharing
Posted by Gail Green at 12:31 PM No comments: 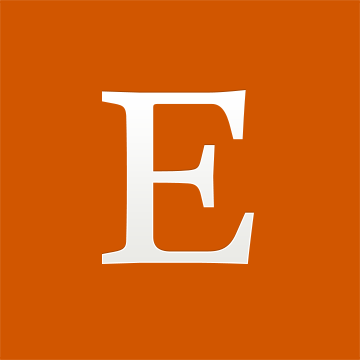